What a busy spring! Pinball Shows anyone?

These past few months has found us at Gavins Game Service on the road a lot! We have been traveling around the midwest to a variety of shows related to & involving pinball! In the beginning of March we set up games at the Ohio Pinball Show in Akron OH. This show is known as the first show to kick off the season, and was well worth our time and effort to attend. Two weeks later we were found ourselves at one of our personal favorites The Midwest Gaming Classic in the Milwaukee suburb of Brookfield. We attended with more inventory, and got a bit of game play in as well during the exhibitor after party. At the end of the month Gavin Miller took a solo trip out to Pittsburgh to enter in the Pinburgh 2012 pinball tournament. This took place at the PAPA world headquarters (which houses close to 500 pinball machines!) Out of the 275 people who entered, Gavin managed to qualify for A division, and finished the tournament in 17th place!  April brought us to the Michigan Pinball Expo, held at the Oakland Center at Oakland University in Rochester, MI. This show was more of a players show, and there were lots in attendance to play. The very next weekend, members of the Gavin’s Game Service family made it to the 13th annual Pinball At The Zoo, held in Kalamazoo County Fairgrounds in Kalamazoo MI. Whew! As the month of April comes to an end, we hope to catch up on vehicle maintenance and some well deserved sleep… Because as May begins we will be at Pinfest 2012 in Allentown PA! This show is best known for it’s flea market section, where vendors dig through their parts collections, bringing out project games, and a variety of odd ball merchandise you won’t see at other shows. The adventures continue! 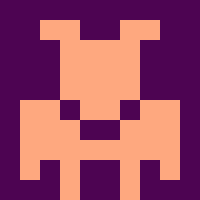 Permanent link to this article: http://www.gavinsgameservice.com/?p=156